My smiles and good memories of Inyo start with my friend and one-time apprentice, Eugenia, calling to say her “Zulu the Flying Ninja” had delivered 3 puppies. I saw Inyo less than 12 hours later.  And except for a handful, I was with him every day after that to his last.

The word Inyo has two meanings. In Mono, it means, "dwelling place of the great spirit," which definantly proved itself true. The Japanese translation is yin-yang. And for me, he was my balance, the wild exuberant outdoor party boy to my controlled indoor introvert, the sun to my shadow. 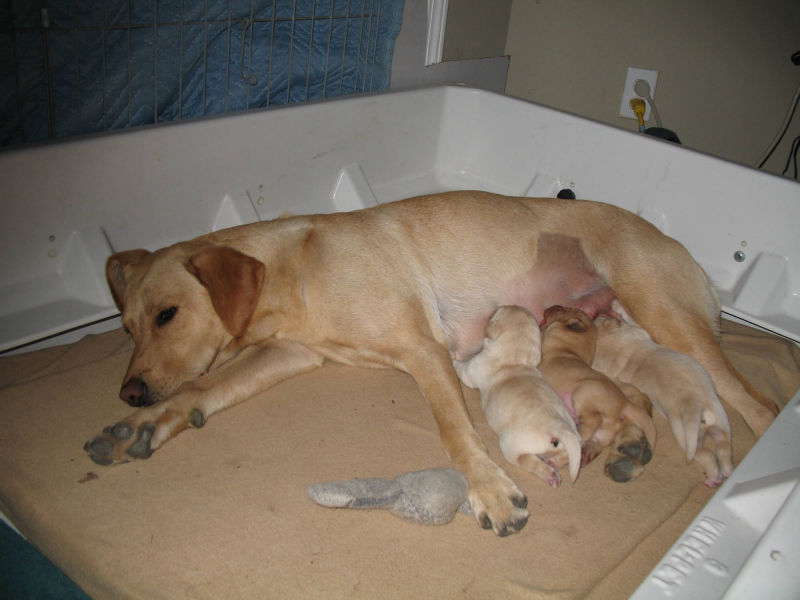 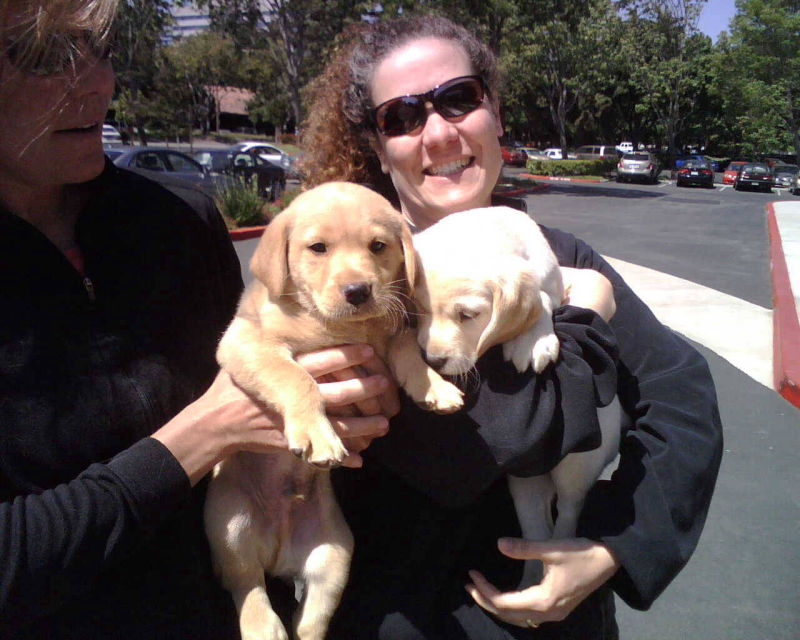 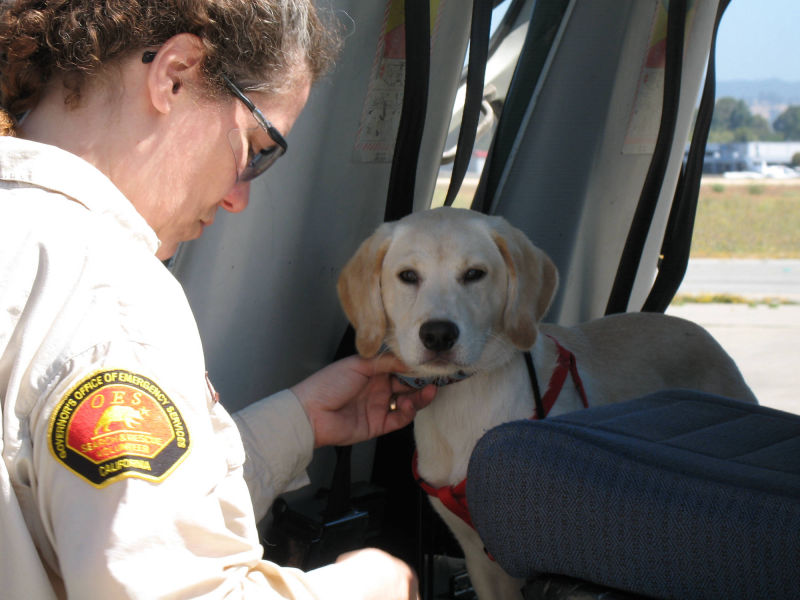 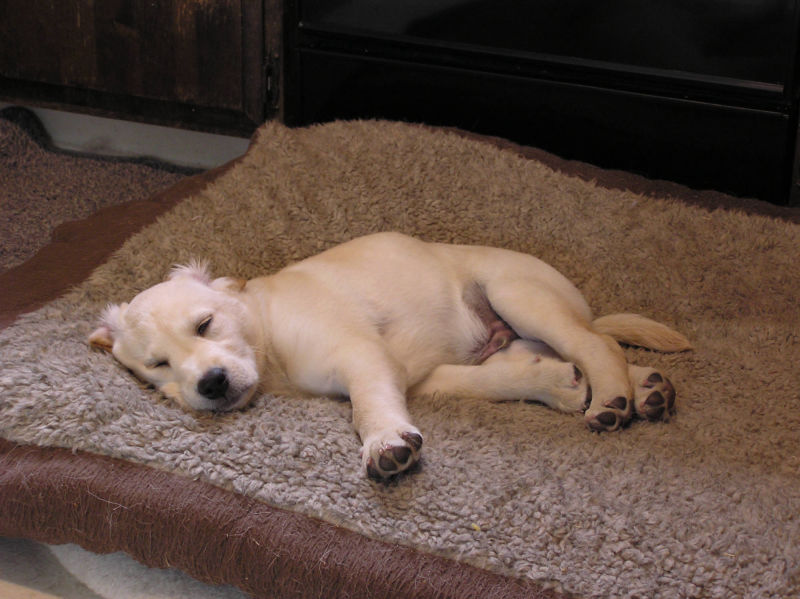 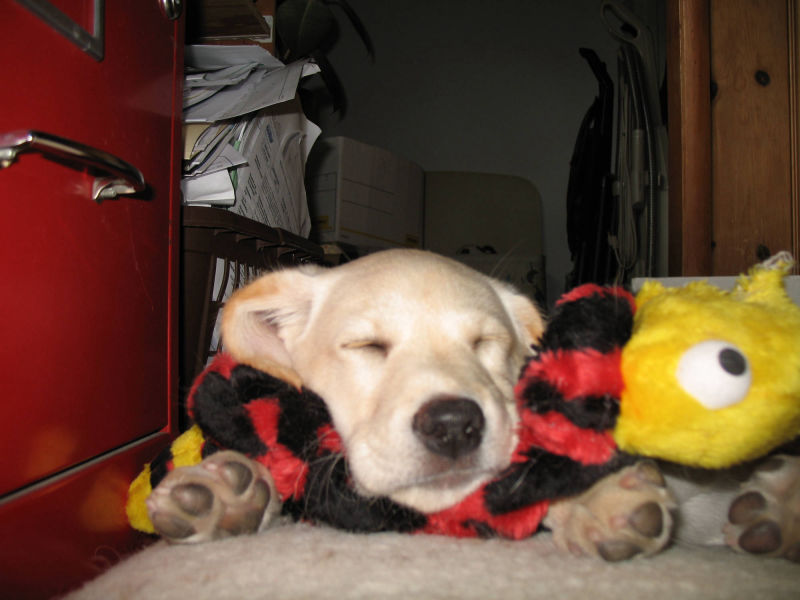 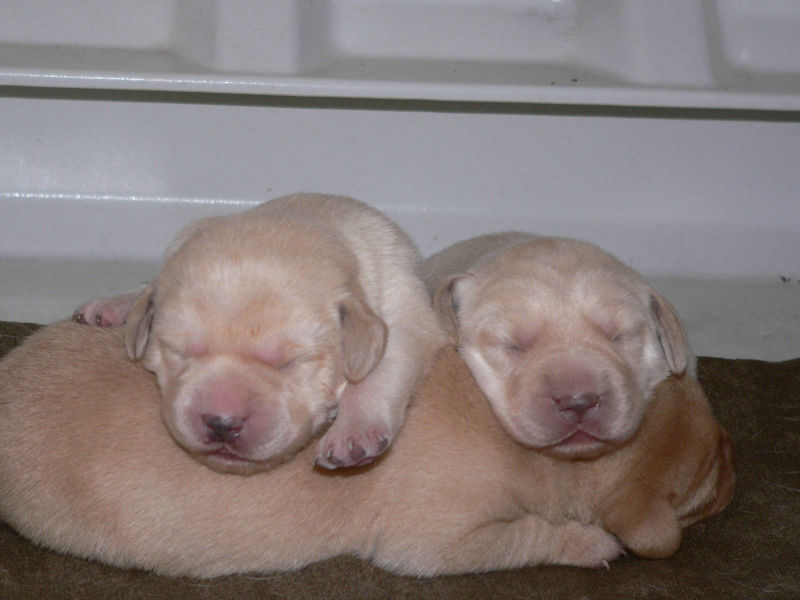 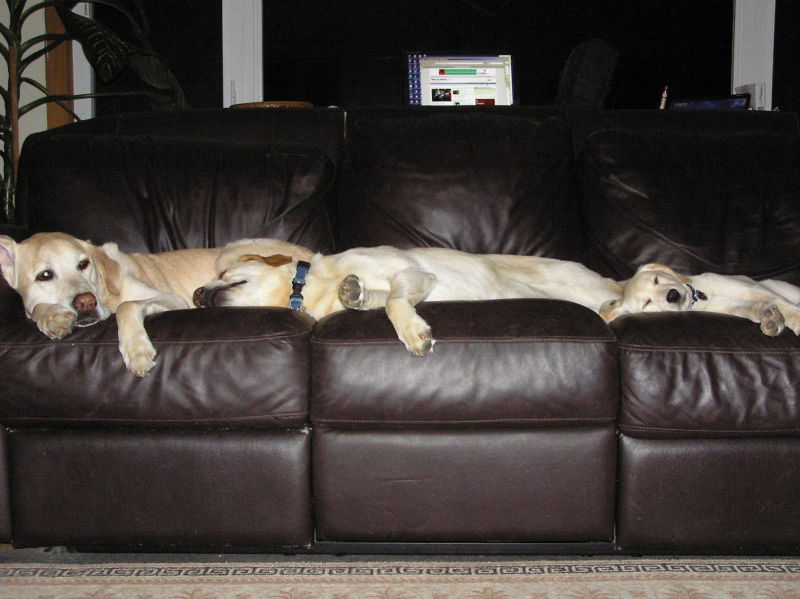 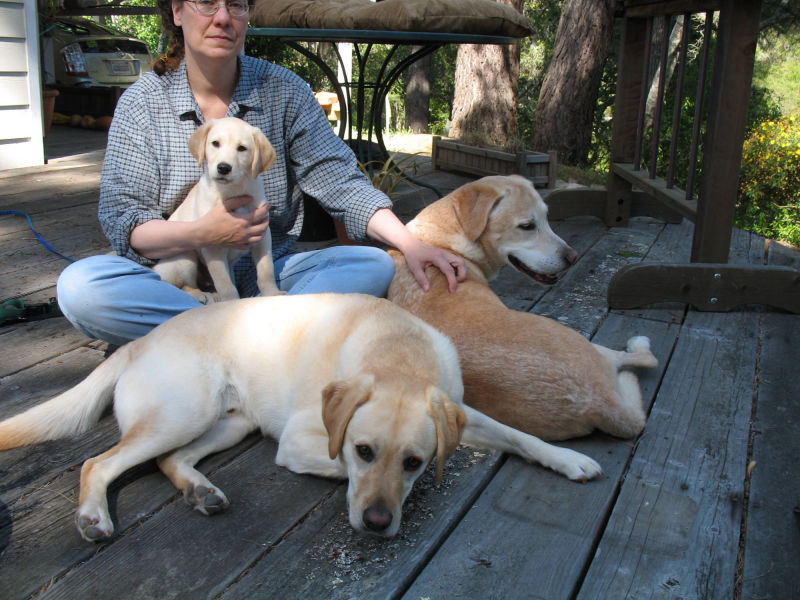 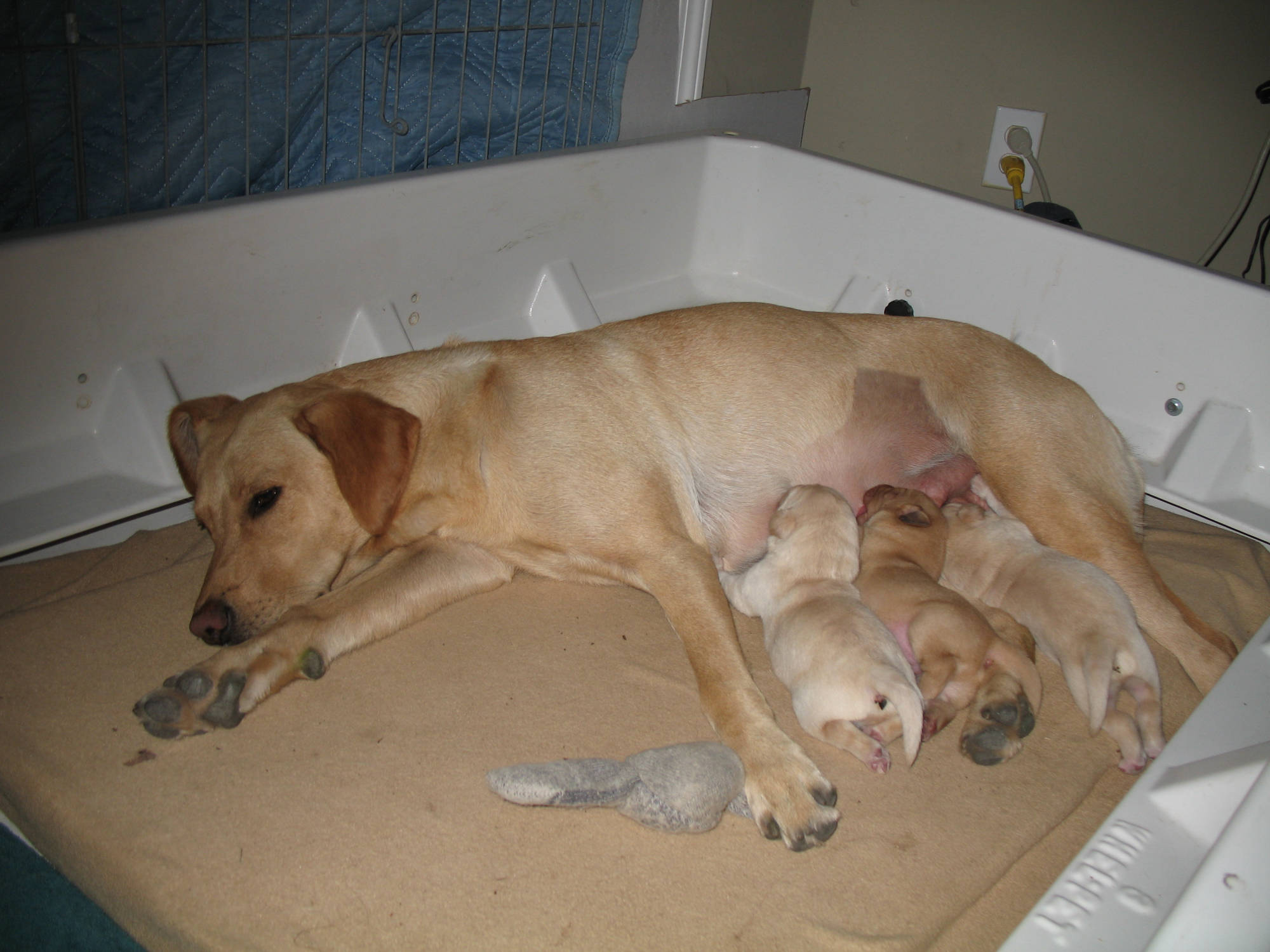 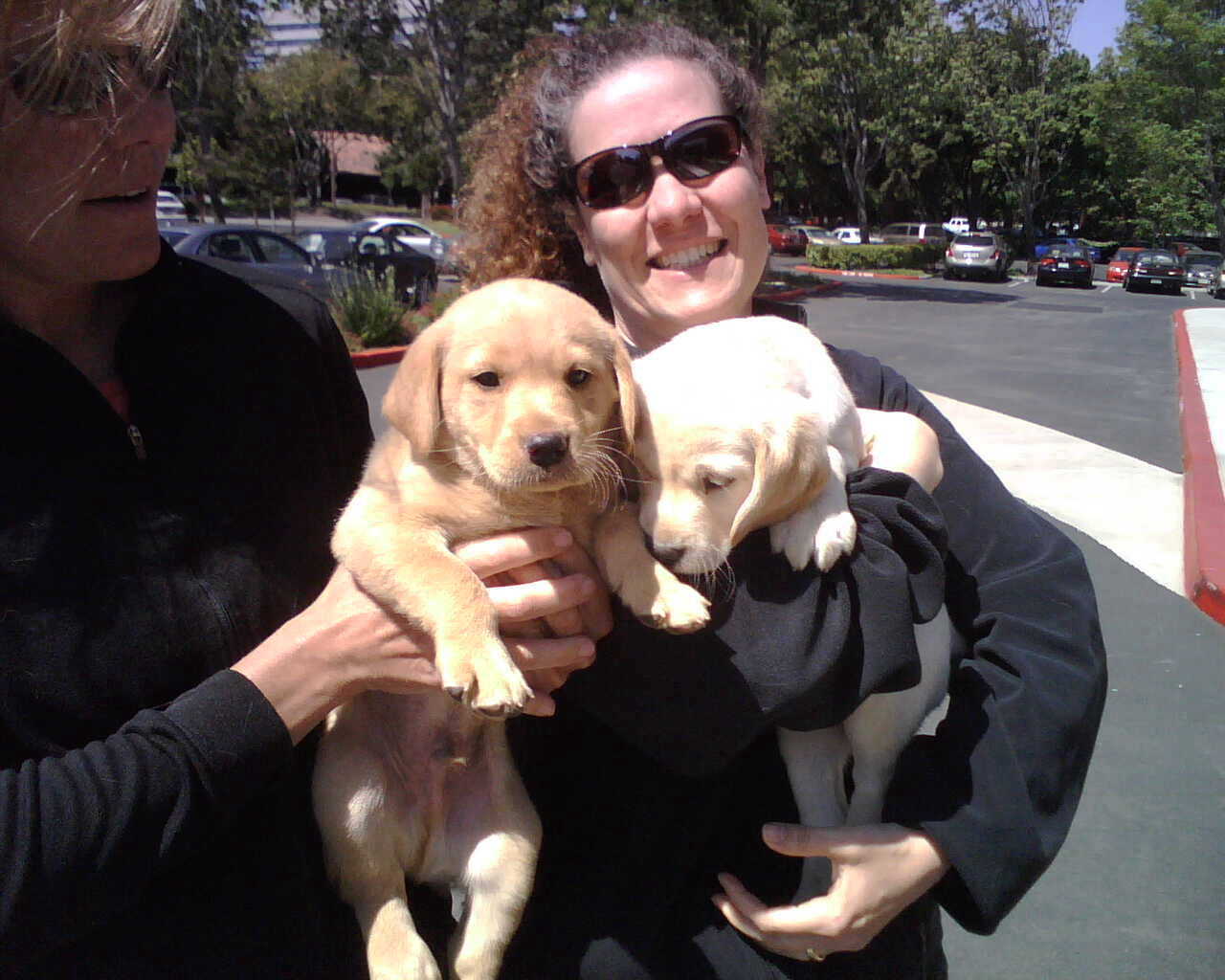 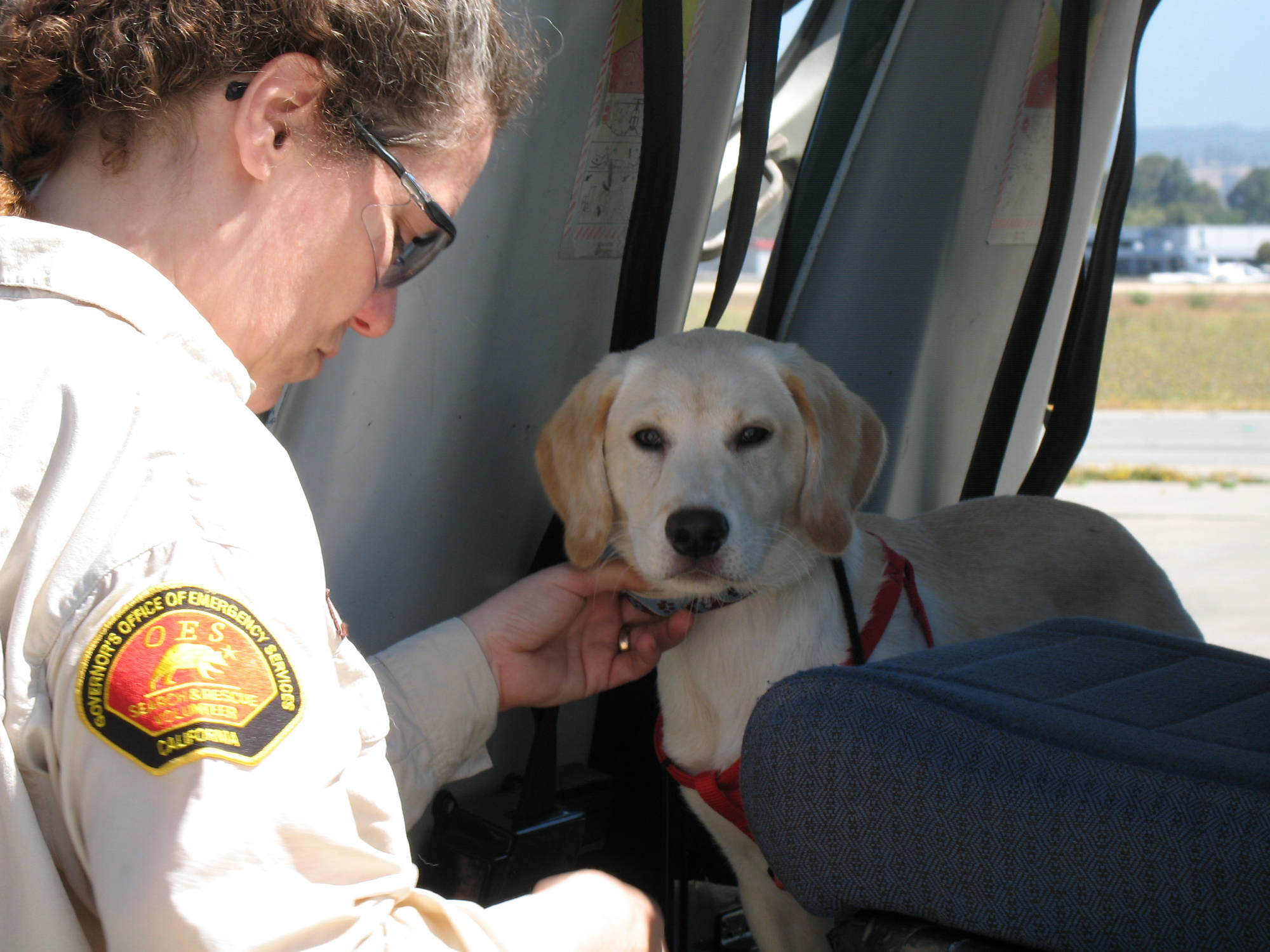 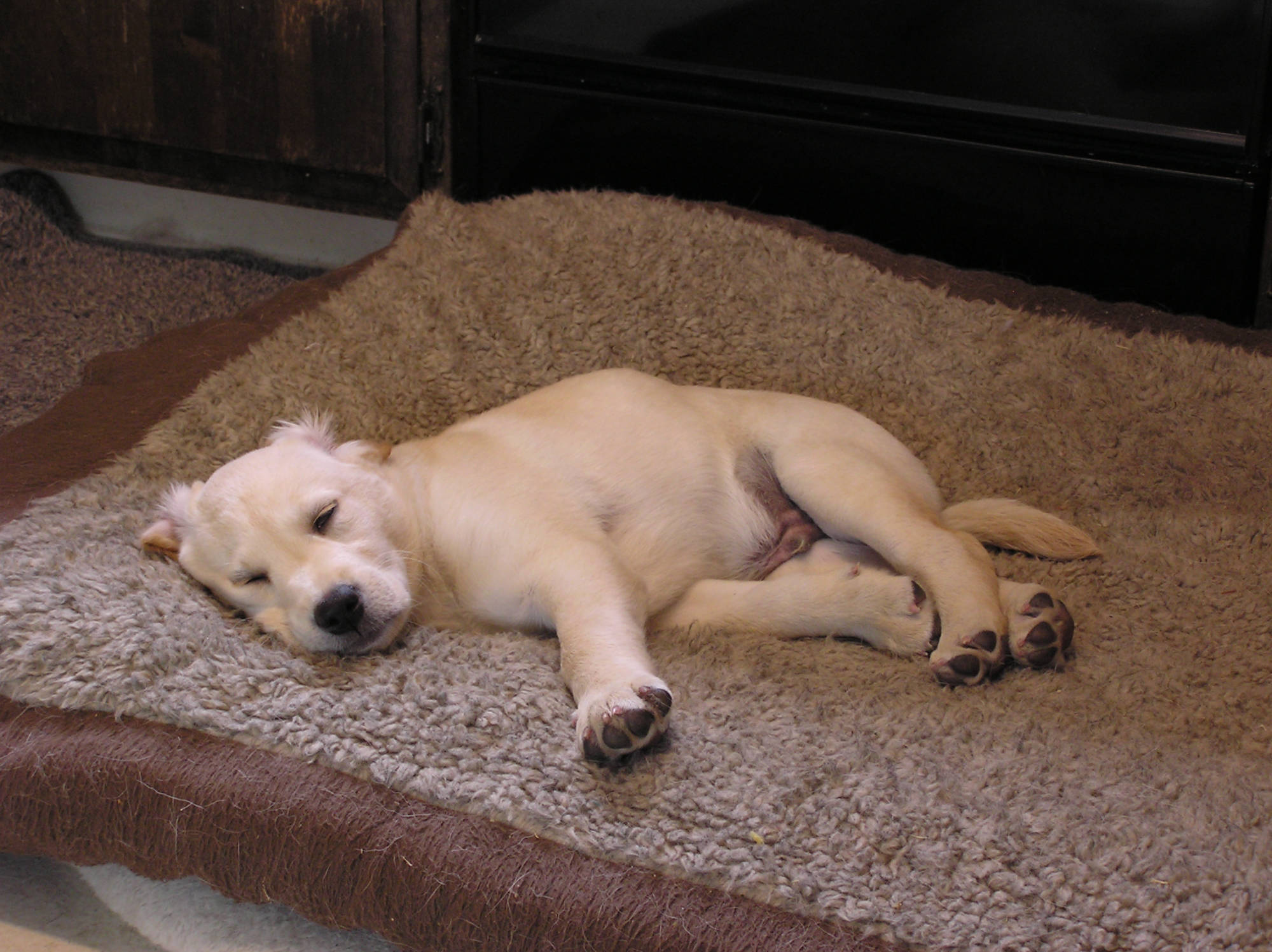 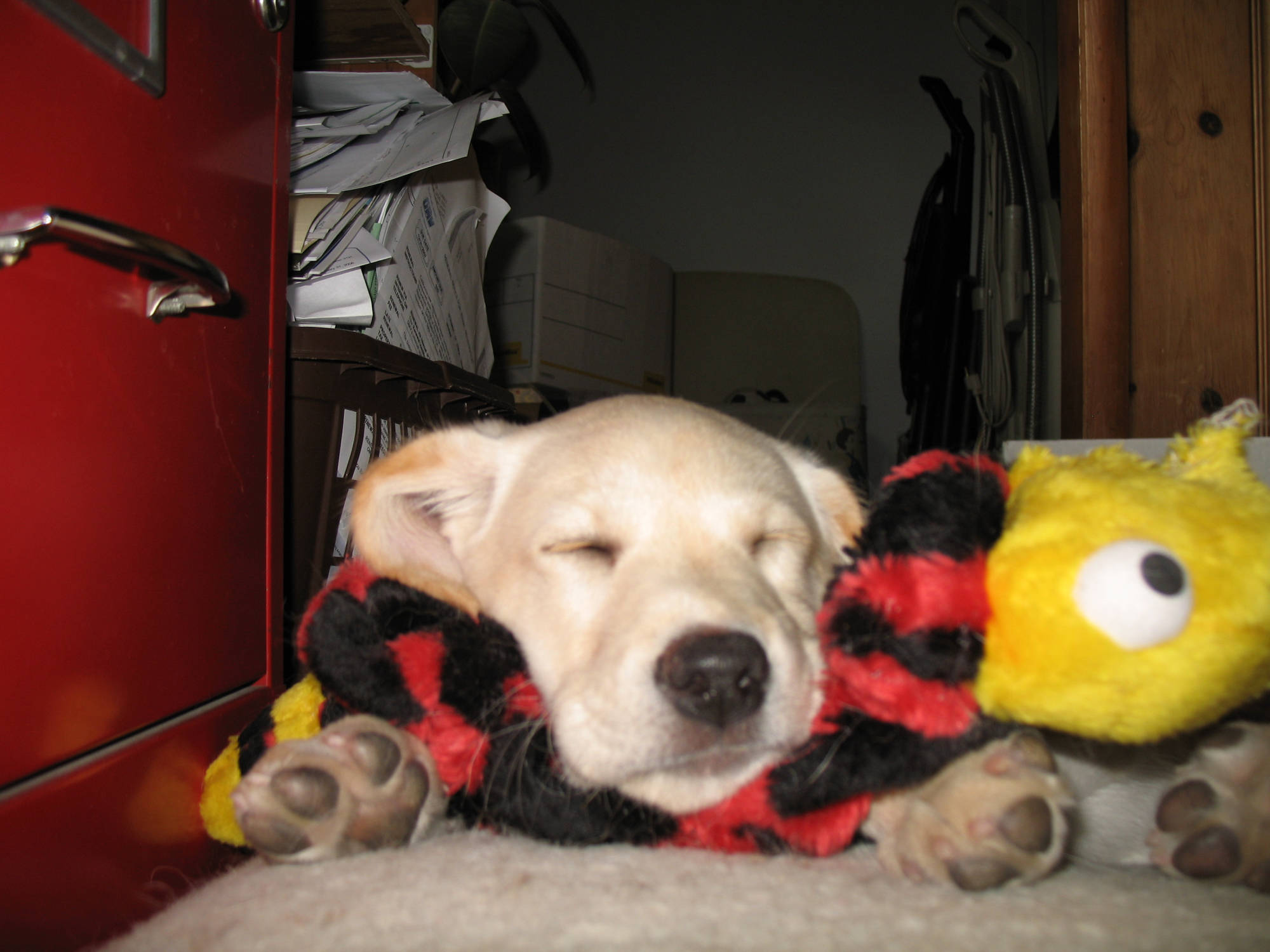 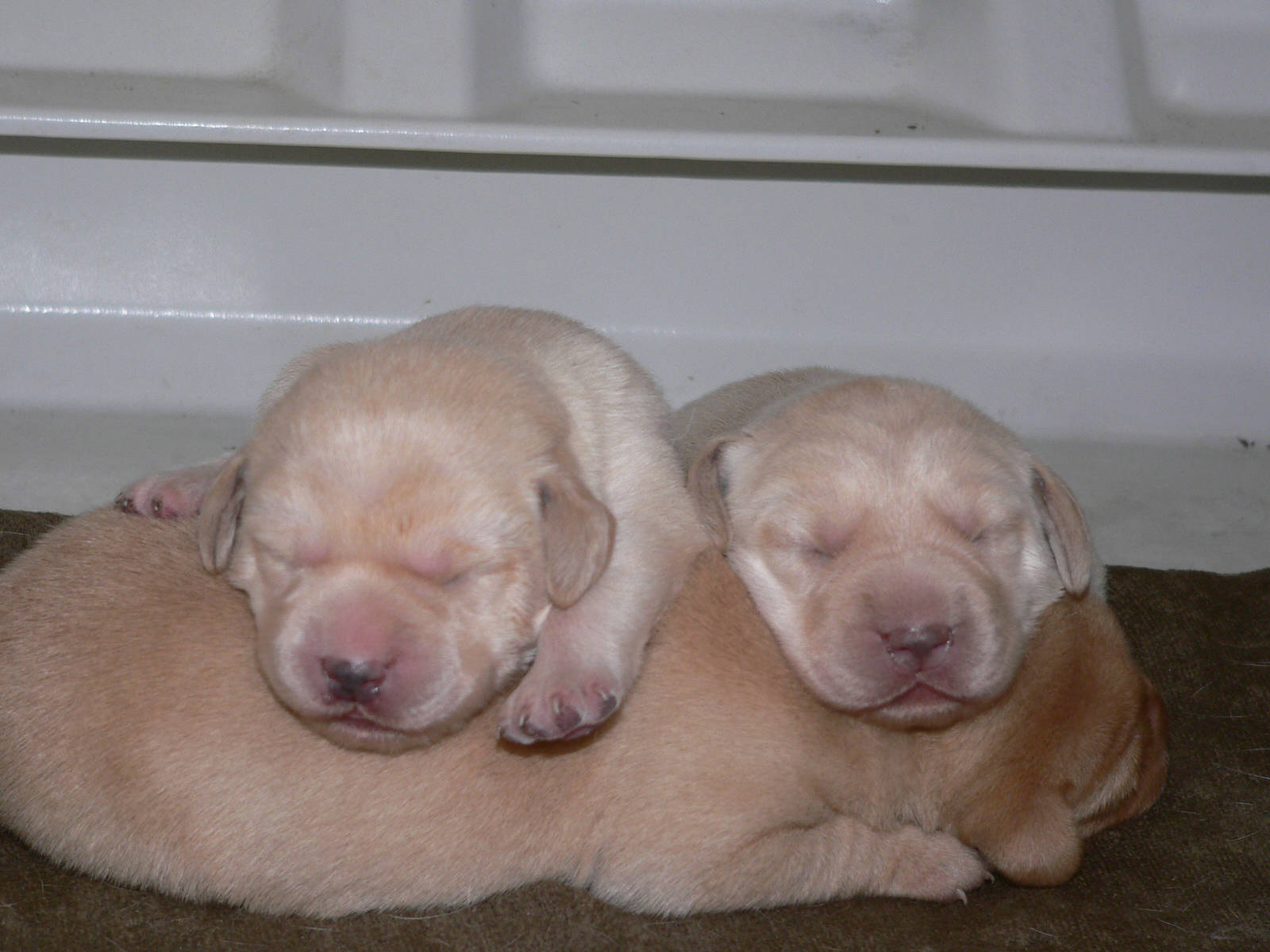 Inyo & I did a lot of traveling together, making business trips to San Diego or Seattle almost every week for years. He was an awesome traveling companion - better than most people. He knew the drill going through airport security, never held up the line, and put a smile on many a TSA agent's and fellow traveler's face.  (No small feat!)  Once on the plane, he would inspect for, and clean the floor of, dropped peanuts. Then he'd lay down with his back against my seat, braced for take-off, and drift off to sleep. Mid-flight, when a flight attendant touched the door containing the snacks, he would instantly wake-up and snap to a perfect intense sit, much to the delight of those sitting around us. (He scored 8 bags from other travelers with that trick on one flight. On another, a flight attendant gave us the whole container of 100 bags as we disembarked!) Once the snacks were consumed, he would flip around, lay down with his back against the bulkhead, and go back to sleep, braced for landing.

In the early days, we often flew with a co-worker, Shelly, who was nervous while flying. We frequently had an empty seat between us and if the flight crew was OK with it, I would spread out a baby blanket and Shelly would invite Inyo up to snuggle with her the whole trip. Flight attendants were often surprised when the airplane door opened and Shelly hurried down the jetway, leaving Inyo and me behind. They had thought he was her emotional support dog and had done a fine job of it! 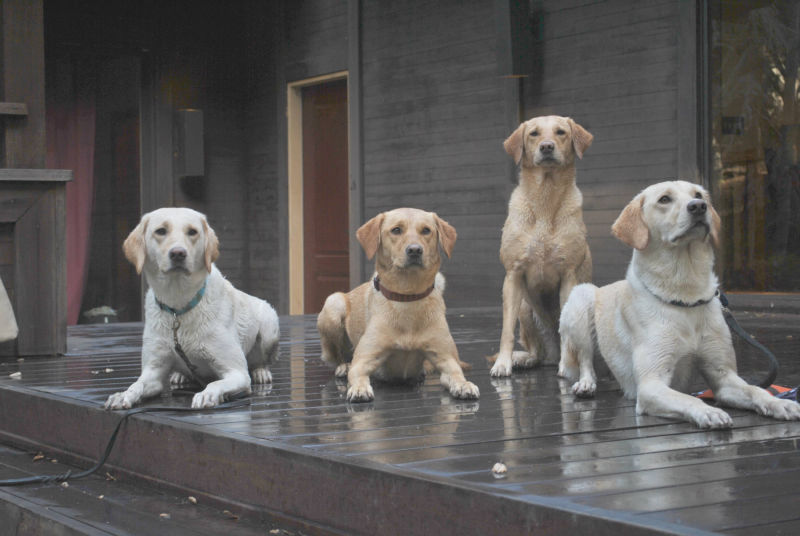 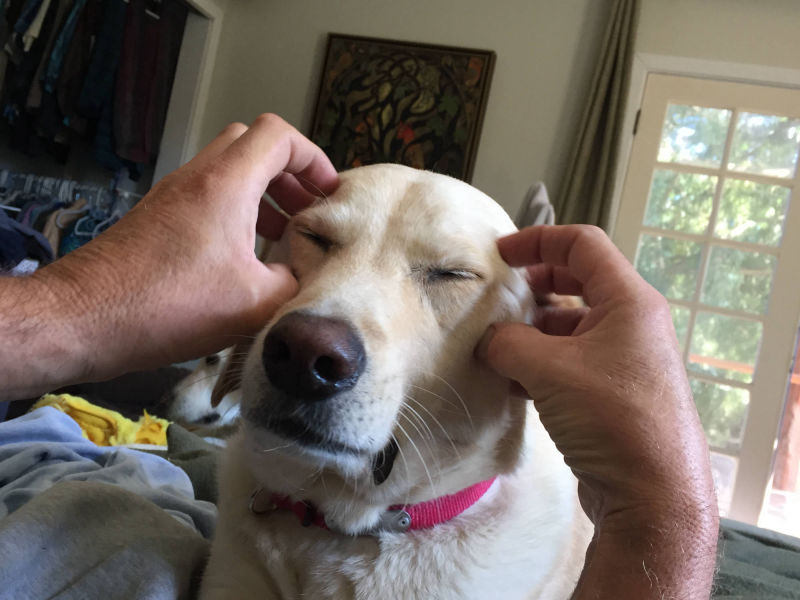 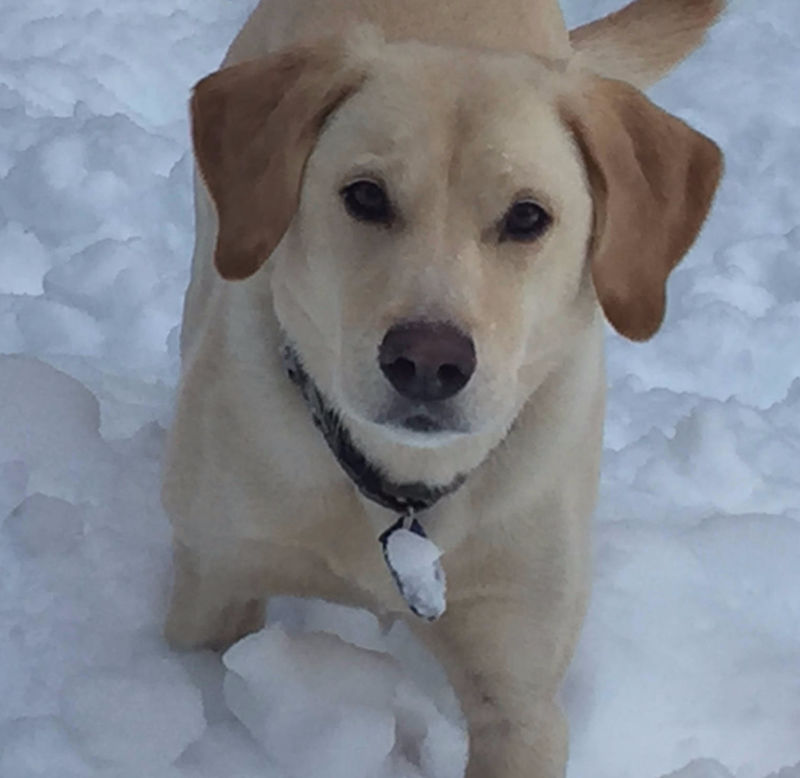 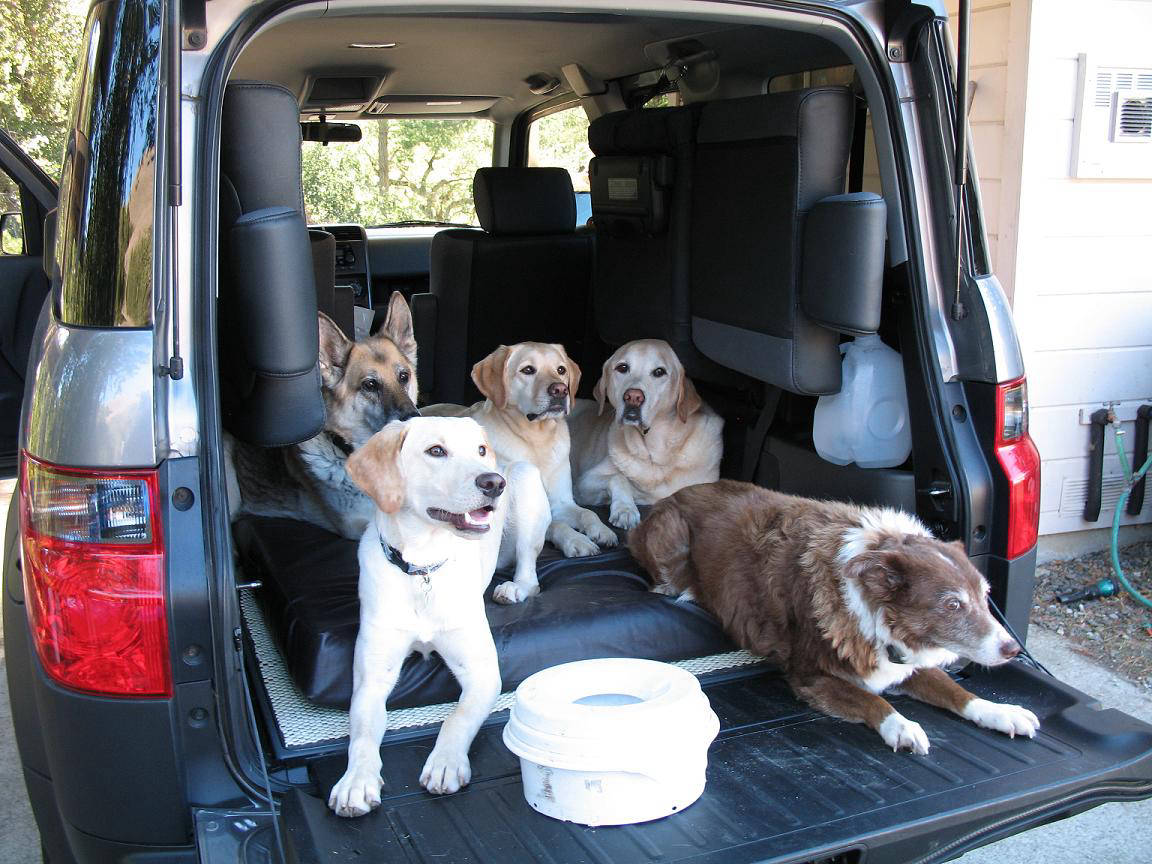 Maybe all that travel was why he was such a Momma’s boy and rarely strayed from my side. It became a game with my co-workers to try to distract him with belly rubs or food, but the second I moved as if to leave the room, he was right with me. Once Brent succeeded in luring Inyo away with a cookie at nose height. I didn’t see them go, but soon freaked when I noticed him missing. (I knew he couldn't have gotten off the 3rd floor, but what havoc was he wreaking without me?) A few seconds later they were back. Inyo had only followed the cookie a short distance before the bond between us stretched and he came running back to me, Brent trailing behind him.

Upon hearing of Inyo's death, others sent their smiling memories. The first was from Adela. As a youngster, Inyo went to her house one day a week for “cat therapy.” He became her Thursday Blond Boy and went with her to training where many other handlers helped to socialize him, develop his self-confidence, and occasionally work on agility.

This video is Adela and Chris spotting while Lynne filmed Inyo on the wicket-walk.  Dogs usually only think about their front feet; the rears just follow.  This exercise taught Inyo to move all 4 of his feet independently and it was a first step to his learning to climb a ladder.

My sister-in-law, Iva, recalled that when visiting her that Inyo "felt compelled with tenacious joy to retrieve all the large rocks” that lined the bottom of her small pond. Only to complete the task, put them back in, and re-retrieve them.
Another was from our fiend Jay. They would sit on the floor of my cube, 3 feet apart, and roll or gently toss (spit?) a ball back and forth.  This game of “Pitouee!” later entertained many children and became a game Inyo & I would play laying in bed, or with me in the hot tub and him on the deck.
Looking thru photos, I probably have more than 50 of him up-side down (on the bed, in the crate, on the floor, under the desk, on the couch) sleeping and often doing “ballet” with a leg extended, toes pointed.
The photo below was taken by a coworker, Serge. Without knowing that Inyo was ill, we had planned a date to take some pictures of him and I just flopped down on the grass when asked. At the time, I didn't really like the ones of Inyo & I together, though Serge argued they were his favorite. Me, I just saw how unphotogenic and scruffy I am.  But now I see what he saw. I see how much I just plain loved that dog and the sheer joy it gave me to be with him. I sent a note to Serge, explaining my original thoughts of the photo, what I see now, and thanking him for the last photos I have of Inyo with the amazing memory they contain. He replied simply, "Happiness cannot be unphotogenic."
But my favorite memory is waking up every morning to Inyo getting up, laying next to me, and putting his head on my chest.  It just left like love and peace and joy were soaking into me.
I hope I gave as much back to you, Tiny.
You will always, always be in my heart.
Free dog, Inyo.